0
Category: Blog
Tags: local, photography
It was time to get my daughter’s senior portraits taken, and an awesome photographer and family friend offered his services. So off we went, on a glorious day in October. One of his favorite places to shoot photos is the De Hart Botanical Gardens just south of Louisburg, NC. I had driven past the entrance to the Gardens many times, but never taken the time to stop for a visit. What a treat it was!
Read More 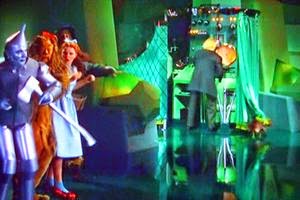 Pull back the curtain, and let the world see you.

0
Category: Blog
Tags: facebook, social media
“Pay no attention to the man behind the curtain!” photo credit: http://oz.wikia.com/wiki/Wizard_of_Oz_ One of my favorite scenes in the Wizard of Oz is when Toto pulls the curtain aside to reveal the truth about the Wizard–a mere mortal, full of himself, and pretending to be something he’s not, wielding terror and fear with his imaginary “power.” In today’s world of technology, many of us may feel we are hiding behind our computer monitors and smartphones,
Read More

0
Category: Blog
Tags: facebook, shop local, social media
I checked in with my Facebook newsfeed a few minutes ago and noticed a friend had liked a local business page. I was curious, so checked out the page. It’s a general store that hasn’t opened its doors yet. They just joined Facebook as a business page 12 hours ago. When I visited the page, there were already 97 fans. I decided to give them some FB love, and liked their page. It’s been 13
Read More

Social media tips you can use now, part 1.

0
Category: Uncategorized
In an ongoing series, we will discuss social media tips you can put to work right now. Today’s topic is scheduling and time management. I frequently hear the same question: how much time should a business owner or professional spend on social media per day or week? My general response is most maintenance work (responding to posts and requests, sharing, pinning/re-pinning, and re-tweeting, etc.) can be done in less than 20 minutes per day. However,
Read More

0
Category: Uncategorized
Facebook photo posts receive 39% higher interaction rates than average posts, and when fans are specifically asked to like, comment or share a post, they respond remarkably well: between 3 times and 7 times higher than when not specifically asked. This screen shot shows some numbers that are awesome. The post received 28 likes, comments and shares.  The numbers you don’t see here: 59 organic and 110 viral post views. From a page that had
Read More